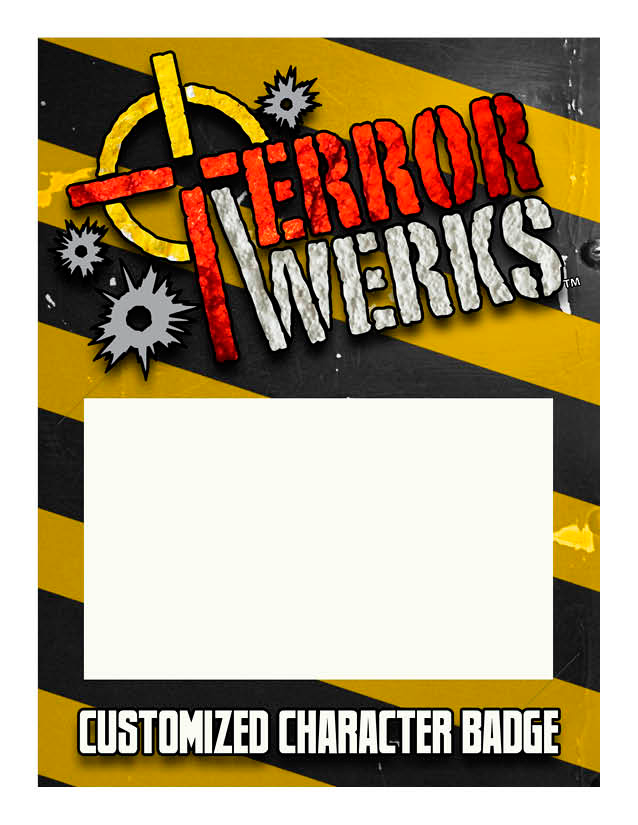 TerrorWerks was a live-action futuristic sci-fi combat simulation game that was presented at gaming conventions such as Origins and GenCon for several years. Players would take on specific roles in the simulation, each with a character badge representing their character. For a nominal fee, players could have customized character cards created with their own photo and custom character information. This was the backer card upon which those custom cards would be mounted and presented to the customer.