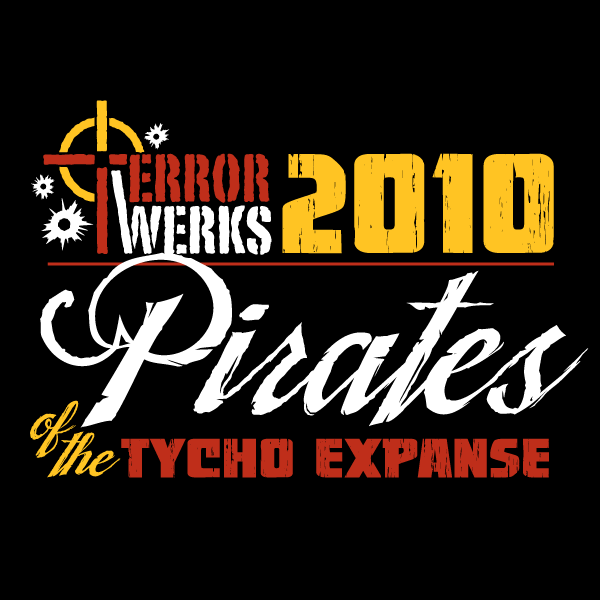 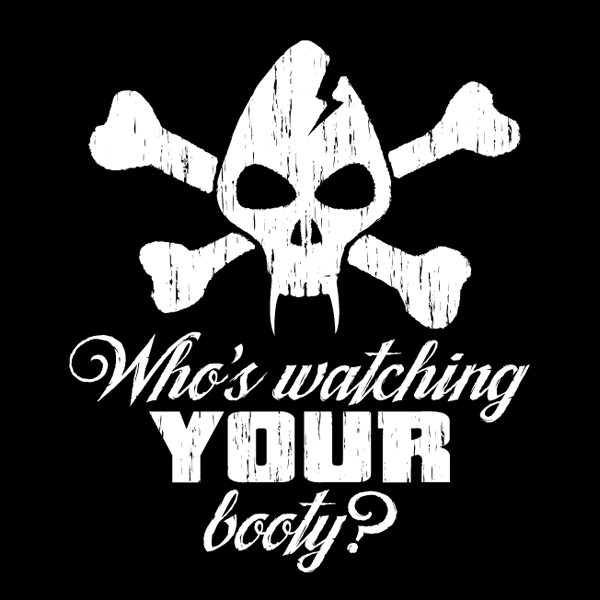 T-shirt design for the 2010 TerrorWerks scenario “Pirates of the Tycho Expanse,” featuring front and back designs. TerrorWerks was a live-action futuristic sci-fi combat simulation game that was presented at gaming conventions such as Origins and GenCon for several years.